Simba SC of Dar es Salaam Tanzania expects to come down to the field/field to welcome the Primiero De Agosto team from Luanda Angola on October 16, 2022 at the Benjamini William Mkapa stadium located in the city of Dar es Salaam.
The game will be a rematch after the teams met last Sunday at the De agosto stadium in Angola.
Simba Sc will enter the field with the memory of winning 3-1 against De Agosto while away. Simba vs De Agosto 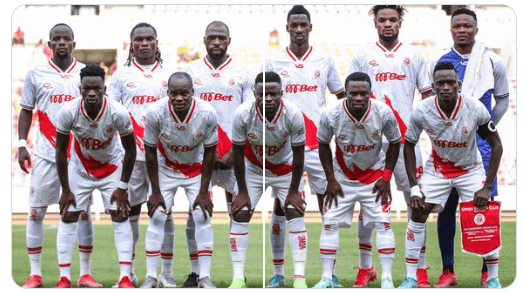 So for the Simba Sport Club team, it is an important game for them because they need even a draw or not to allow more than three goals to get a ticket to play in the CAF Champions League group stage 2022/2023 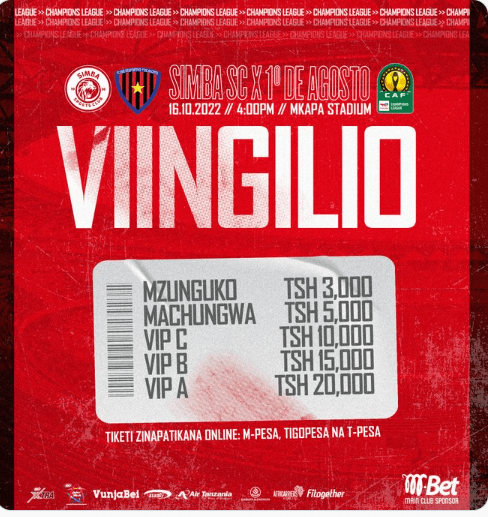 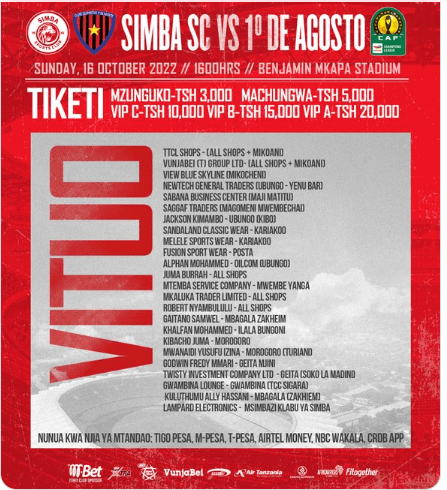 The stations are already open, come now to buy your ticket for the African Champions League game against Primeiro de Agosto.

Simba Sports Club is a soccer team headquartered in Msimbazi street, Kariakoo, in the city of Dar es Salaam in Tanzania that participates in the Tanzania Mainland Premier League where it was founded in 1936, first called Eagles and later again called Dar Sunderland. In 1971 it changed its name completely and was called, Simba Sport Club (which means Lion in English). Simba vs De Agosto

The winner of the contest automatically qualifies for the next edition. He has also qualified for the CAF Super Cup as well as the FIFA Club World Cup. Al Ahly SC is the most successful club in the history of the competition with 10 titles. Simba vs De Agosto 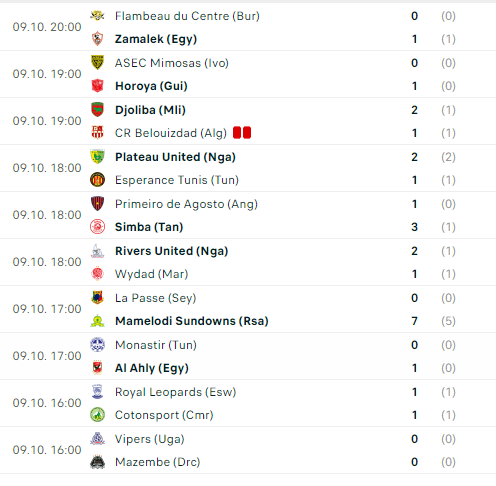