Transport is indispensable service and a vital determinant of level of development in any society. Advancement in transportation reflects changes in the way of living, civilizations and economic development.

NEW FARE PERFORMED BY LATRA BUSES TO GO TO THE REGIONS FROM DAR:

ALL PRICES ARE IN TANZANIA SHILLINGS . 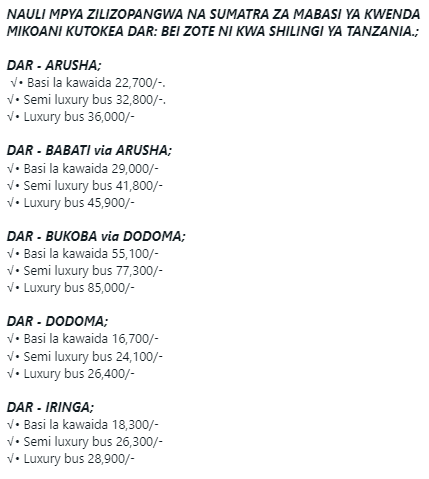 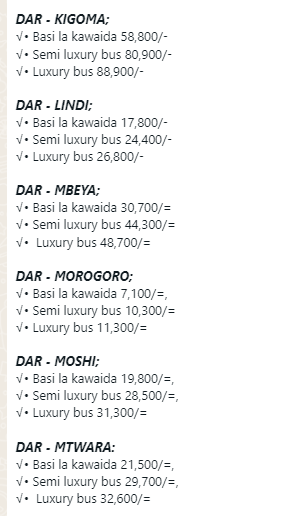 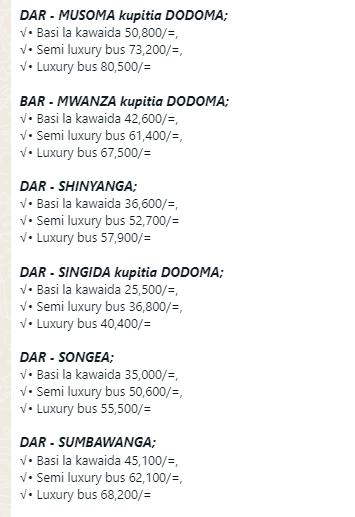 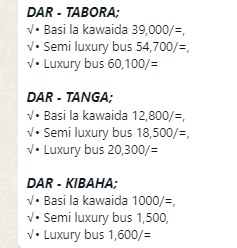