Tanzania is a country with many tourist attractions. Approximately 38 percent of Tanzania’s land area in protected areas has been set aside for conservation. There are 17 national parks, 29 game reserves, 40 controlled protected areas (including the Ngorongoro Conservation Area) and marine parks. Tanzania is also home to Mount Kilimanjaro, the highest point in Africa.

Most visitors will find themselves passing through Dar es Salaam and heading to wilderness areas and other destinations. For those who want to spend some time basking in the sun, Zanzibar’s beautiful beaches loom large.

Off the islands of Pemba and Mafia are another kind of natural wonder, appreciated by divers and snorkelers who come here from all over the world to experience the coral gardens, colorful fish and clear waters.

Explore your options and discover the best places to visit with our list of top 10 attractions in Tanzania as Follows: 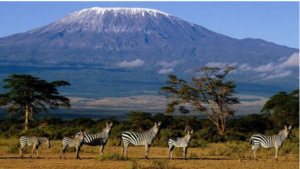 Mount Kilimanjaro is a dormant volcano in Tanzania. It has three volcanic cones: Kibo, Mawenzi, and Shira. It is the highest mountain in Africa and the highest single free-standing mountain in the world: 5,895 meters (19,341 ft) above sea level and about 4,900 meters (16,100 ft) above the base of its plateau.

Kilimanjaro is the fourth most prominent topographical peak on Earth. It is part of Kilimanjaro National Park and is a major climbing destination. As glaciers and ice fields are shrinking, which are expected to disappear between 2025 and 2035, they have been the subject of numerous scientific studies.

Visitors come here primarily to see the large animals and bird watching. Thousands of animals can be seen on the crater floor, including lions, elephants, rhinos, Thomson’s deer, and buffaloes, but wildebeest and zebras account for more than half of the animals that call the Ngorongoro Crater home.

Bird watching is great, especially around Lake Megadi, which attracts flocks of flamingos to the shallow waters. Hippos are content to submerge themselves during the day and then graze in the nearby grass in the evening.

The Ngorongoro Crater is the largest intact ancient caldera in the world, nearly three million years old. The Ngorongoro volcano was one of the world’s tallest mountains before it exploded and collapsed.

Serengeti National Park is a large national park in northern Tanzania that spans over 14,763 square kilometers (5,700 square miles). It is entirely located in the Eastern Mara District and the northeastern part of Simeu District and contains more than 15.000.000 hectares (37,000,000 acres) of pristine savannah.

Serengeti is known for the world’s largest annual animal migration of more than 1.5 million blue wildebeest, 250,000 zebras and the largest population of lions in Africa. It is threatened by deforestation, population growth, and livestock farming.

As the second largest national park in Tanzania, the Serengeti attracts tens of thousands of tourists each year. The best months for wildlife viewing in Serengeti National Park are between June and September. The wet season is from March to May, with the coldest period from June to October.

The annual migration of over 1.5 million wildebeest and hundreds of thousands of zebra and gazelle takes place in May or early June. This migration is one of the most impressive natural events and the primary draw for many tourists.

Lake Manyara National Park is a protected area in the Arusha and Manyara regions of Tanzania, located between Lake Manyara and the Great Rift Valley. Administered by the Tanzania National Park Authority, it covers an area of 325 square kilometers (125 sq mi) including about 230 square kilometers (89 sq mi) of lake surface. More than 350 species of birds have been spotted in the lake.

Accommodations>>> WHERE TO STAY WHEN YOU ARE AT LAKE MANYARA? 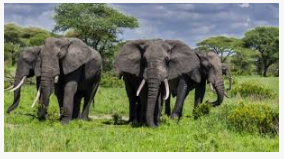 Tarangire National Park, established in 1970, is a great area for wildlife viewing. It is best visited in the dry season from July to September when the animals gather along the river.

During the dry season, Tarangire National Park has one of the highest concentrations of migratory wildlife. Wildebeest, zebra, buffalo, impala, deer, hartebeest and eland crowd the lakes. The park is also famous for its large number of elephants and baobab trees that dot the grassy landscape.

The park is excellent for bird watching, as more than 300 species have been recorded in Tarangire. These species include hawks, eagles, herons, storks, kites, hawks, and vultures. 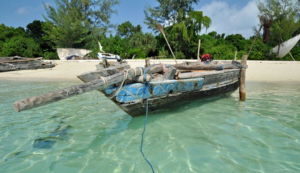 Pemba Island is the northernmost island in the Zanzibar Archipelago. Around Pemba there are many desert islands and some of the best diving spots in the Indian Ocean, with unparalleled visibility. Coral gardens, colorful sponges and sea fans are found in the underwater sanctuary. Chake Chake, the main population center in Pemba, is a popular base for divers.

Pemba is less visited than Zanzibar and as a result has a more relaxed atmosphere. The island is mountainous with deep valleys and has become popular with mountain bikers who are drawn to the 1,000m peaks. Just outside, one place not to be missed is the beach of Misali Island. This gorgeous white sand beach is located on an uninhabited tropical island.

Pemba is a major producer of cloves in the world and is also known for its witchcraft and witchcraft traditions. People come from all over East Africa to learn from sorcery and traditional healers or to seek a cure. 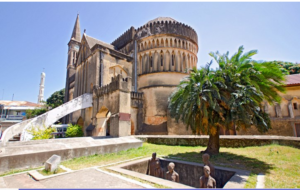 Stone Town is the cultural heart of Zanzibar and not much has changed in the past 200 years. The large old Arab houses that line the narrow streets and winding alleys give the city its unique charm. The majority of homes in Stone Town were built in the 1800’s when Zanzibar was one of the most important Swahili trading towns in the Indian Ocean. Visitors will notice braised and intricately carved wooden doors in many homes.

As the oldest working Swahili town in the world, many landmarks in Stone Town have been restored to their original glory. Some of the historic buildings are now museums and tourist attractions. The city also has a couple of interesting old churches of historical interest.

A walk along the Creek Road takes visitors to the original Stone Town, the site of the Darajani Market, the House of Wishes, City Hall and the Anglican cathedral. Some of the other highlights include the Forodhani Gardens, the old infirmary with its carved wooden balconies, the former home of the sultans known as Beit al-Sahel or the People’s Palace, the Persian Baths built in 1888, and the oldest building in Stone Town, the Old Citadel.

Lake Victoria (Dholuo: Nam Lolwe; Luganda: ‘Nnalubaale; Kinyarwanda: Nyanza; also Ukerewe) is one of the great African lakes. Despite having multiple names in local languages, the lake was renamed after Queen Victoria by explorer John Hanning Speke, the first British to document it in 1858, during an expedition with Richard Francis Burton.

This lake is the source of the White Nile and provides an income for millions of residents along its shores. The Tanzanian section of Lake Victoria is one of the least visited regions in the country, however the towns of Bukoba, Musoma and Mwanza have a number of attractions.

Near Mwanza and Musoma are many islands, some have become wildlife sanctuaries. Bird watching and fishing trips are popular excursions, and boat trips or hikes can be arranged around Lake Victoria.

Rubondo Island National Park, which includes several other smaller islands, is on the southwest shores of Lake Victoria. 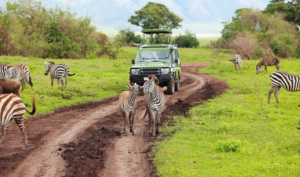 Arusha National Park, although smaller than most in Tanzania, has a range of habitats consisting of the Mount Meru forest, Ngordutu Crater in the southeastern section of the park, and Momila Lakes, a chain of seven crater lakes. Black and white Colobus monkeys can be spotted easily in the woodland area while herds of buffalo, zebra and boar are scattered in the swampy floor of the hole. Momilla Lakes is home to a large group of resident and migratory waterfowl. People come here to see the wildlife and also to climb Mount Meru.

Mount Meru is one of the most beautiful volcanoes in Africa and the second highest mountain in Tanzania. The summit is reached by a narrow ridge, which offers stunning views of the volcanic cone located several thousand feet deep in the crater. The climb is quite steep but the path passes through gardens, woodlands, giant heather and swamps.

Accommodation! The Area to stay at Arusha 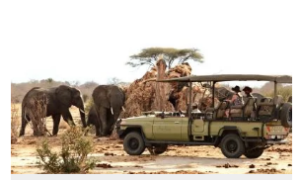