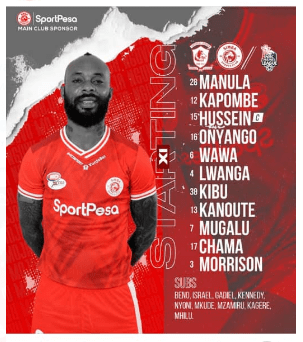 Below is the Simba Squad expected to start against Coastal Union

About Matokeo Coastal Union vs Simba

Coastal Union is going head to head with Simba SC starting on 7 Apr 2022 at 13:00 UTC at Mkwakwani Stadium stadium, Tanga city, Tanzania. The match is a part of the Premier League.

To get full results and all updates about the match please just visit this page regularly because we will keep on updating you before, during and after the match.