Best Restaurants in Glasgow UK;-Glasgow, Scotland is known for its vibrant food scene and diverse range of restaurants, cafes and pubs. From traditional Scottish cuisine to contemporary international dishes, the city has something to offer for everyone. Whether you’re looking for a casual spot to grab a pint and a bite to eat or a Michelin-starred restaurant for a special occasion, you’ll find plenty of great options in Glasgow.

The city’s West End is known for its bohemian atmosphere and independent restaurants, while the city center is home to many popular chain restaurants and fast-food outlets. There are also many great options for vegetarians and vegans in Glasgow, with a number of restaurants and cafes catering specifically to these diets.

If you’re looking for traditional Scottish fare, you can’t go wrong with a plate of haggis, neeps and tatties (mashed potatoes and turnips) or Cullen skink (a creamy smoked haddock soup). But Glasgow also offer a diverse variety of Mediterranean, South Asian and East Asian dishes as well.

Keep in mind that restaurants and cafes are opening and closing frequently and some of the places I’ve mentioned may have changed. It will be a good idea to check for recent review or call the restaurants for updated information. 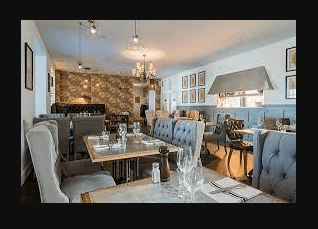 The Gannet is a Michelin-starred restaurant located in the Finnieston area of Glasgow, Scotland. The restaurant is known for its modern Scottish cuisine, which is influenced by the seasons and focuses on locally-sourced, high-quality ingredients. The menu at The Gannet changes frequently, and features a wide range of dishes that showcase the best of Scotland’s produce. Some menu items you might find include dishes such as venison with wild mushrooms and juniper, or scallops with cauliflower and brown butter.

The Gannet is praised for its warm atmosphere and stylish decor, with a smart casual dress code. The restaurant is leaded by Chef/Owner Ivan Stein and his team. They offer lunch and dinner service and booking in advance is highly recommended as they are very popular. Additionally they have a variety of Wine and Cocktails.6 Best Restaurants in Glasgow UK

Keep in mind that menus, service and prices may change over time, and it is always a good idea to check online for the most up-to-date information. 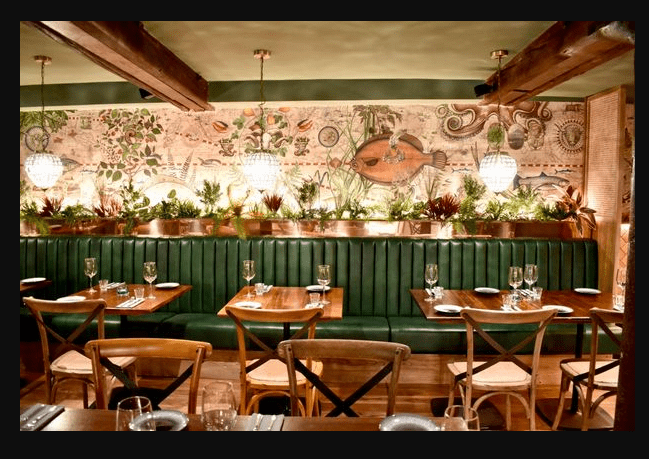 Stravaigin is a popular restaurant located in the Glasgow’s west end, it’s known for its traditional Scottish cuisine with a modern twist. The menu features a variety of dishes that are influenced by Scotland’s rich culinary heritage and is regularly updated with seasonal ingredients. Some menu items you might find include haggis with neeps and tatties, Cullen skink soup, and venison with red currant jelly. The restaurant also offers a wide selection of Scottish whisky and beer, to pair with the food.

The atmosphere at Stravaigin is relaxed and welcoming, and the restaurant has a strong focus on sustainability and locally-sourced ingredients. They also offer brunch and lunch services and it’s open for dinner. They also have a vegetarian and gluten-free options.

Keep in mind that menus, service and prices may change over time, and it is always a good idea to check online for the most up-to-date information.6 Best Restaurants in Glasgow UK 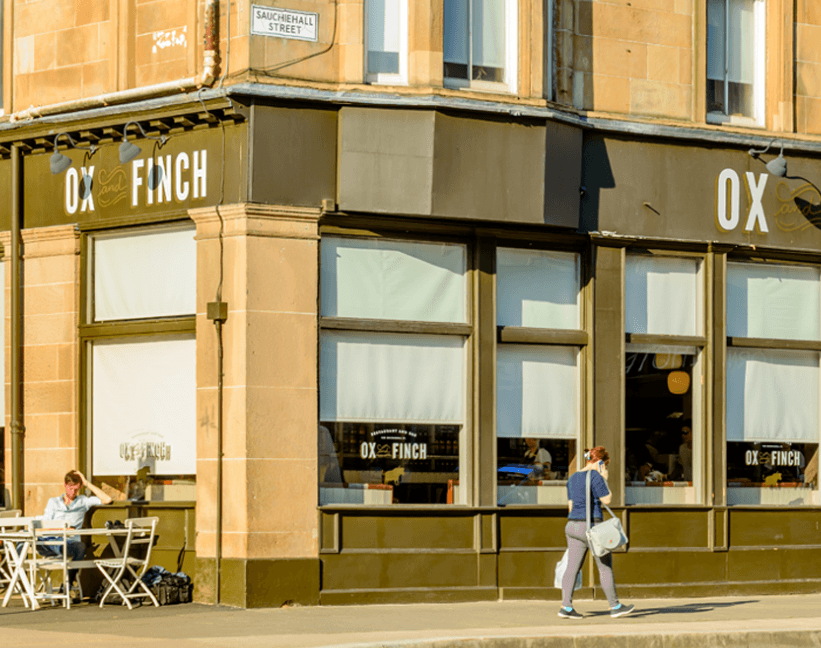 Ox and Finch is a contemporary restaurant located in Glasgow, Scotland, it’s known for its creative, small plates of food, inspired by Mediterranean and Asian cuisine. The menu features a variety of dishes that are designed to be shared, and which change regularly to reflect the seasons and the freshest ingredients. Some menu items you might find include dishes such as cured salmon with wasabi, smoked bacon with soy and ginger, or pork belly with apple and fennel.

The restaurant’s atmosphere is modern and casual, with an open kitchen and an emphasis on fresh, high-quality ingredients. They also offer brunch, lunch and dinner services. They have a variety of wine, beer, cocktails and non-alcoholic options.6 Best Restaurants in Glasgow UK

Keep in mind that menus, service and prices may change over time, and it is always a good idea to check online for the most up-to-date information.

Read;Top 6 Best Restaurants in Cambridge UK- Get Place to Eat 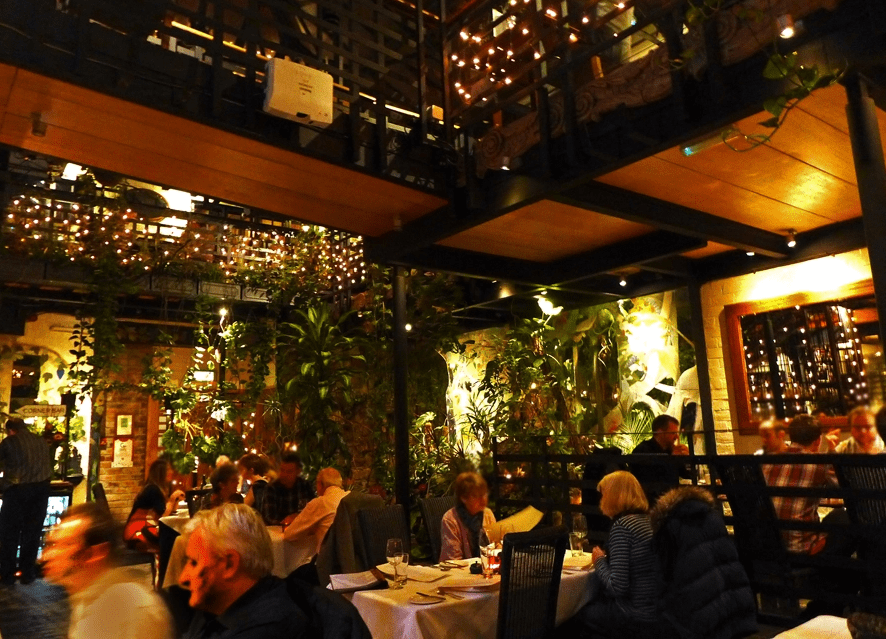 The Ubiquitous Chip is a Scottish restaurant located in Glasgow, Scotland. It is considered a Glasgow institution, having been in business for over 70 years. The restaurant is known for its traditional Scottish cuisine, including dishes such as haggis, neeps and tatties, Cullen skink, and roast beef. It also features a wide selection of Scottish whiskies. The decor of the restaurant is described as “quirky” and “eclectic,” with a mixture of traditional and contemporary elements.

In conclusion,Glasgow, Scotland offers a wide variety of dining options for visitors and locals alike. The city is known for its excellent traditional Scottish cuisine, such as haggis, neeps and tatties, Cullen skink, and roast beef. Many restaurants also feature a wide selection of Scottish whiskies. Some notable traditional Scottish restaurants in Glasgow include:

In addition to traditional Scottish cuisine, Glasgow also offers a diverse array of international cuisine and a vibrant restaurant scene. Some notable restaurants that offering non-Scottish cuisine include:

It’s recommended for the diners to check online ratings, and the type of cuisine and atmosphere you are looking for before deciding where to eat.6 Best Restaurants in Glasgow UK

It’s always best to check online ratings, menus, and reviews of the restaurant before visiting to make sure that it meets your expectations. 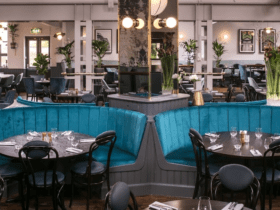 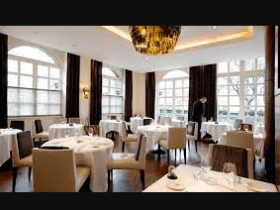 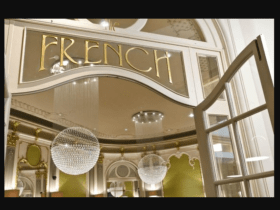 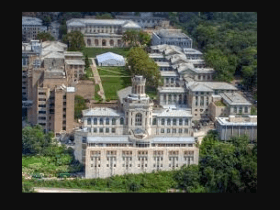