Best Joker Performances So Far;-Joaquin Phoenix has joined the distinguished group of actors who have performed as Batman’s archenemy over the years with the premiere of Joker this weekend. Each actor who has played the Joker has added something unique and unforgettable to the role, making him one of the most distinctive and memorable antagonists in all of media.

It seems appropriate to look back and see how Phoenix fits into the legacy of actors who have played the Clown Prince of Crime, even though his performance is receiving Oscar hype. Here are our picks for the top ten Joker appearances. See what you think, and let us know in the comments if you disagree or believe that we gave one of the best Joker performances. 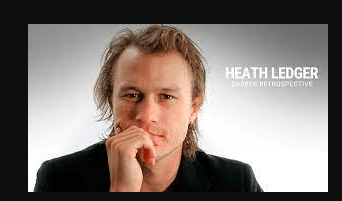 The Joker has never been portrayed on film better than by Heath Ledger, who won the posthumous Oscar for it. The Dark Knight’s interpretation of The Joker keeps the character’s ambiguous origin, which makes him far scarier. It is both terrible and tragic, realistic and wonderful. He is anarchically driven, manifestly mad, and out of control. The Joker’s genuine depravity and the sense of comedy that his name implies are combined in this, one of his best performances. Although Ledger was troubled by the persona he created and in some ways, his performance contributed to his death, it is nevertheless a testament to outstanding acting and just how well-known this character is.Top 10 The Best Joker Performances So Far

We are getting a very different perspective on the DC villain with Todd Phillips’ JOKER than we have ever seen before. Joaquin Phoenix plays his variant as a shattered guy with mental disorders on a downhill spiral, no longer a villainous foil for a superhero.

We follow him down the path to crazy. The horrific nature of JOKER will undoubtedly earn Phoenix prizes for her portrayal, but it also lifts comic books from the realm of real superheroes to that of cinematic art. It is difficult to rate this Joker among the others because it is so distinctive from all the others, yet given the strength of the performance, it merits this position. 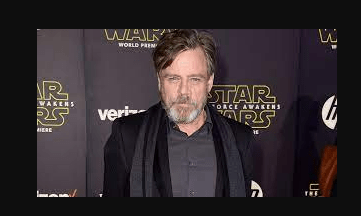 The guy credited with providing the definitive voice for The Joker in animated form is also known as the famous Luke Skywalker. Although Hamill has had a successful voice acting career, none of his performances have garnered as much notoriety as the Joker. Hamill infused the clown with a distinctive laugh and a transatlantic accent that makes the figure aristocratic but also rough. Hamill has been able to adapt his interpretation of the classic cartoon series into unsettlingly realistic video games. This Joker is as amusing as he is lethal. I wouldn’t mind seeing Hamill play the Joker in real life because he is so excellent at it.Top 10 The Best Joker Performances So Far

Tim Burton offered us a new narrative for The Joker when he cast Nicholson as the role, and he also chose an actor who was given more screen time than Michael Keaton as The Dark Knight. It turned out to be worthwhile since Jack Nicholson has never been more outrageous and entertaining in a role. Nicholson expertly fuses Cesar Romero’s kitsch with the darkness required for a Tim Burton movie, plunging right into the madness of the Joker. The outcome made history and established standards for other jokers. 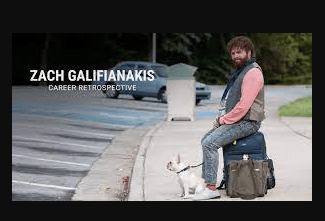 Will Arnett’s man-child portrayal of Batman in the big-screen LEGO movies provided a tremendously entertaining interpretation of the character. Zach Galifianakis’ portrayal of the Joker as a bereaved foe who had to establish himself as Batman’s archenemy complemented that. The Joker played by Galifianakis is one of the more relatable interpretations of the character we have seen, despite the fact that he is less of a villain than any previous Joker. This Joker may be family-friendly, but he is still a lot of fun to watch, as he makes references to almost every other iteration of the character.Top 10 The Best Joker Performances So Far

Although FOX’s Gotham received a lot of criticism for straying from the Batman mythos, the show really improved after it accepted how corny it was. The Valeska twins were the Joker throughout the duration of the series, despite Bruno Heller’s refusal to admit it. This provided them the opportunity to create a special history and gave Monaghan the option to experiment with several character incarnations.

This Joker compressed the whole history of the character into several seasons, including death and resurrection, having his face severed, and finally sinking into a vat of chemicals. Although the program didn’t give him the proper send-off he, Monaghan’s warped performance rates as one of the most memorable moments.Top 10 The Best Joker Performances So Far

Cesar Romero played the first live-action Joker for many fans way back in the Adam West TV series. He was almost terrifying, but not quite enough to induce nightmares, thanks to his manic cackle, purple outfit, and stark face paint. Romero’s refusal to trim his famed mustache was a problem for the kitschy series, but it wasn’t the first time DC had to deal with facial hair in a superhero endeavor. Romero appeared the part, but although never quite seeming to rise above the other members of the Rogue’s Gallery in the TV series, he was still entertaining to watch.

DiMaggio is regarded as a voice acting superstar most remembered for his roles as Bender on Futurama and Jake the Dog on Adventure Time. Although he has not played the Joker for as long as some, his portrayal of the adversary in several LEGO animated films released on DVD are highly entertaining. He approaches the role with a sense of humor and pulp that largely depends on puns and jokes rather than a darker tone. DiMaggio plays the Joker for laughs while still being the obvious villain.Top 10 The Best Joker Performances So Far 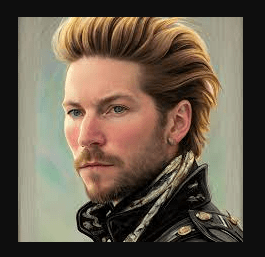 Troy Baker, a well-known voice actor who has appeared in a ton of anime, cartoons, and video games including The Last of Us, had already voiced Batman, Robin, and Two-Face when he was given the opportunity to do so for Arkham Origins. Baker, who was greatly influenced by Mark Hamill, is one of the finest voice actors to play the Clown Prince because his interpretation of the Joker has a little more edge to it and more menace than laughter.Top 10 The Best Joker Performances So Far

Even though Jared Leto’s role in David Ayer’s SUICIDE SQUAD was greatly diminished, those who were passionate about detesting this interpretation of the villain didn’t seem to be swayed. Fans weren’t persuaded that this was the appropriate path to take the DC villain when they saw the first official shot, which showed off his grill and several tattoos. In the end, Leto did give Batman’s arch-enemy a very unique interpretation, and he did so in a way that worked really well with Margot Robbie’s Harley Quinn.Top 10 The Best Joker Performances So Far

Joker is given a R rating for good reason. There is a lot of terrible violence, extremely coarse language, and an unfavorable atmosphere. It portrays one man’s spiral into madness in a grim, menacing, and realistic manner akin to Taxi Driver. Kids shouldn’t watch it, and they won’t like it regardless

Martha says that she made Psycho-Pirate, a bad guy who is well-versed in everything in the DC Universe, tell her the name of the Joker in the main DC Universe. The Joker’s true identity is then made known to be “Jack Oswald White.”