Miss Croatia Ivana Knoll makes her outfit the talk of the town in Qatar;- Ivana Knoll, a model from Croatia, traveled to Qatar to support her nation’s national squad. She wore a long dress with her nation’s colors in the first match at the Al Bayt Stadium versus Morocco. The outfit even covered her head, but it still had a plunging neckline.

She wore a short, low-cut dress that revealed her shoulders and further accentuated her physique for the match versus Canada at the Khalifa International Stadium. 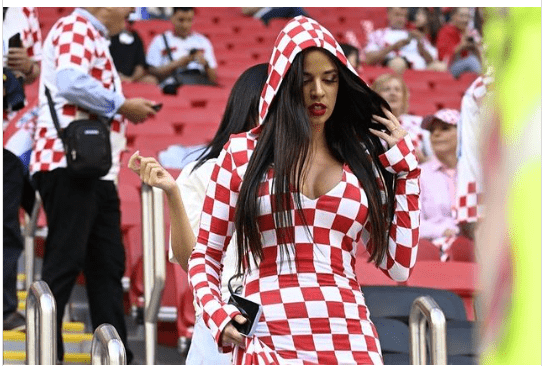 Although the laws of Qatar, where the regulations for women are extremely severe, have been questioned by Knoll’s fashion choices, it is unknown at this point whether the model has drawn any notice.

One of the beauties who became famous during the World Cup is former Miss Croatia Ivana Knoll who is in Qatar to support Croatia. 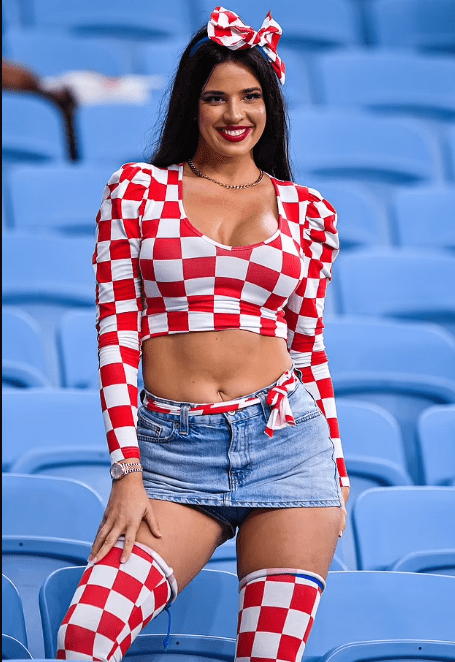 Ivana was the talk of the town during one of Croatia’s games due to her clothing not being what is allowed in Islamic countries such as Qatar, Ivana has quoted criticizing some of those rules.

“I am angry because I am not a Muslim like in Europe we respect hijab and niqab, I think they should respect our way of life and our religion“>>> Ivana Knoll, former Miss Croatia, about wearing clothes that are not allowed in Qatar

Who is Ivana Knoll?

Ivana Knoll, who was born in Germany thirty years ago, relocated to Croatia when she was very young; as a result, she now supports the national team of the Balkans rather than that of Germany.

Knoll, a former Miss Croatia who is now an entrepreneur, is a model for her line of swimwear and bikinis.